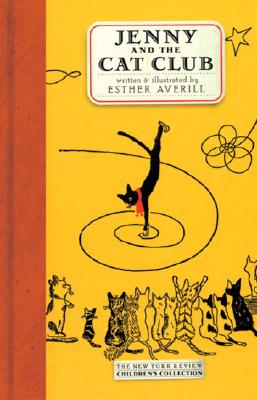 Jenny and the Cat Club: A Collection of Favorite Stories about Jenny Linsky

In Greenwich Village an orphaned black cat lives happily with her master, a sea captain. Still, the gentle Jenny Linsky would like nothing more than to join the local Cat Club, whose members include Madame Butterfly, an elegant Persian, the high-stepping Macaroni, and stately, plump Mr. President. But can she overcome her fears and prove that she, too, has a special gift? Join Jenny and her friends, including fearless Pickles the Fire Cat, on their spirited downtown adventures and discover why The Atlantic Monthly called Jenny "a personality ranking not far below such giants as Peter Rabbit... View more info 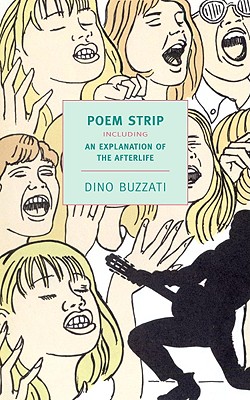 A New York Review Books Original There's a certain street--via Saterna--in the middle of Milan that just doesn't show up on maps of the city. Orfi, a wildly successful young singer, lives there, and it's there that one night he sees his gorgeous girlfriend Eura disappear, "like a spirit," through a little door in the high wall that surrounds a mysterious mansion across the way. Where has Eura gone? Orfi will have to venture with his guitar across the borders of life and death to find out. Featuring the Ashen Princess, the Line Inspector, trainloads of Devils, Trudy, Valentina, and the... View more info 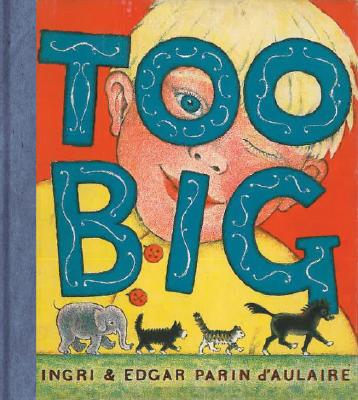 The little hero of this tale has a shock of blond hair, a devoted dog, and a frisky cat, but today he has a problem, a big problem, in fact: he's just too big to do the things he wants to do. He's too big to put on his little hat and coat, too big for his mother to pick up, and too big to ride around on the dog's back. Luckily he's not too big to dream of the time when he'll be big enough to relish the challenges ahead and to set out on bold new adventures of his own. In glowing primary colors, Ingri and Edgar Parin d'Aulaire, famous for their luminous retellings of the Norse and Greek myt... View more info 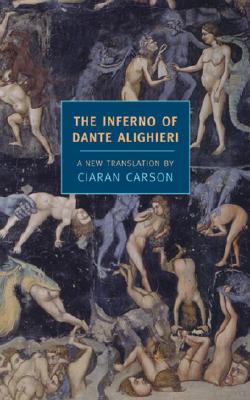 This startling new translation of Dante's" Inferno" is by Ciaran Carson, one of contemporary Ireland's most dazzlingly gifted poets. Written in a vigorous and inventive contemporary idiom, while also reproducing the intricate rhyme-scheme that is so essential to the beauty and power of Dante's epic, Carson's virtuosic rendering of the Inferno is that rare thing--a translation with the heft and force of a true English poem. Like Seamus Heaney's "Beowulf" and Ted Hughes's "Tales from Ovid," Ciaran Carson's "Inferno" is an extraordinary modern response to one of the great works of world literatur... View more info 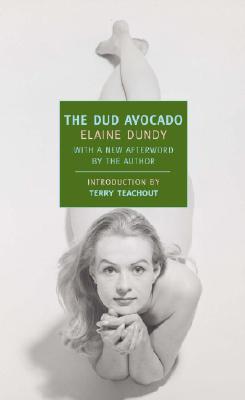 "The Dud Avocado "follows the romantic and comedic adventures of a young American who heads overseas to conquer Paris in the late 1950s. Edith Wharton and Henry James wrote about the American girl abroad, but it was Elaine Dundy's Sally Jay Gorce who told us what she was really thinking. Charming, sexy, and hilarious, "The Dud Avocado" gained instant cult status when it was first published and it remains a timeless portrait of a woman hell-bent on living. "I had to tell someone how much I enjoyed "The Dud Avocado." It made me laugh, scream, and guffaw (which, incidentally, is a great name ... View more info 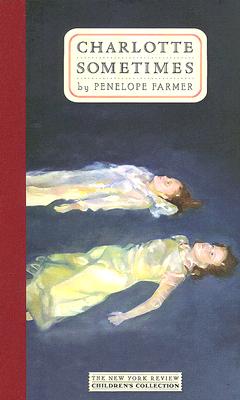 "A time-travel story that is both a poignant exploration of human identity and an absorbing tale of suspense." It's natural to feel a little out of place when you're the new girl, but when Charlotte Makepeace wakes up after her first night at boarding school, she's baffled: everyone thinks she's a girl called Clare Mobley, and even more shockingly, it seems she has traveled forty years back in time to 1918. In the months to follow, Charlotte wakes alternately in her own time and in Clare's. And instead of having only one new set of rules to learn, she also has to contend with the unprecede... View more info 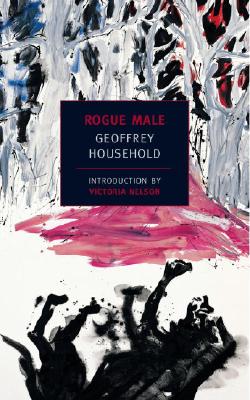 1930-something: a professional hunter is passing through an unnamed Central European country that is in the thrall of a vicious dictator. The hunter wonders whether he can penetrate undetected into the dictator's private compound. He does. He has the potential target in his sites and is wondering whether to pull the trigger when security catches up with him. Imprisoned, tortured, doomed to a painful death, the hunter makes an extraordinary and harrowing escape, fleeing through enemy territory to the safety of his native England. But that safety is delusive: his pursuers will not be diverted fr... View more info 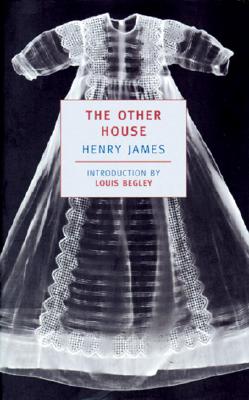 This terse and startling novel, written just before "The Spoils of Poynton" and "What Maisie Knew," is the story of a struggle for possession--and of its devastating consequences. Three women seek to secure the affections of one man, while he, in turn, tries to satisfy them all. But in the middle of this contest of wills stands his unwitting and vulnerable young daughter. The savage conclusion of "The Other House" makes it one of the most disturbing and memorable of Henry James's depictions of the uncontrollable passions that lie beneath the polished veneer of civilized life. Oh blest "Oth... View more info 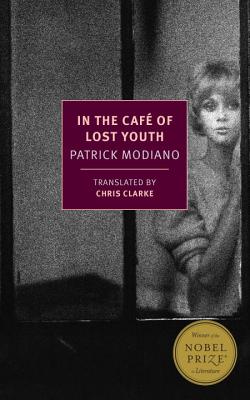 In the Cafe of Lost Youth 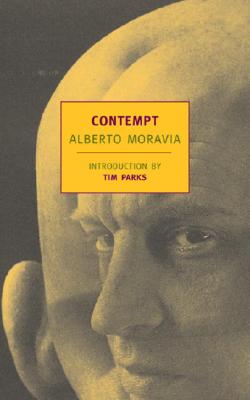 "Contempt" is a brilliant and unsettling work by one of the revolutionary masters of modern European literature. All the qualities for which Alberto Moravia is justly famous--his cool clarity of expression, his exacting attention to psychological complexity and social pretension, his still-striking openness about sex--are evident in this story of a failing marriage. "Contempt" (which was to inspire Jean-Luc Godard's no-less-celebrated film) is an unflinching examination of desperation and self-deception in the emotional vacuum of modern consumer society. View more info

Anthology: Selected Essays from Thirty Years of The New York Review of Books 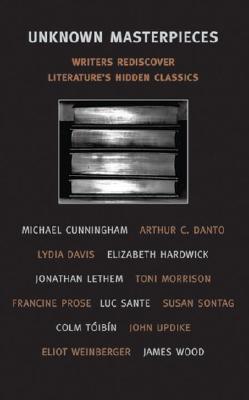 In this original collection, several of today's finest writers introduce little-known treasures of literature that they count among their favorite books. Here Toni Morrison celebrates a great Guinean storyteller whose novel of mystical adventure and surprising revelation transforms our image of Africa, while Susan Sontag raises the curtain on a distant summer when three of the greatest poets of the twentieth century exchanged love letters like no others. Here too John Updike analyzes the rare art of an English comic genius, Jonathan Lethem considers a hard-boiled and heartbreaking story of ... View more info 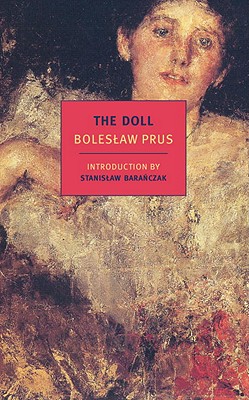 Bołeslaw Prus""is often compared to Chekhov, and Prus's masterpiece might be described as an intimate epic, a beautifully detailed, utterly absorbing exploration of life in late-nineteenth-century Warsaw, which is also a prophetic reckoning with some of the social forces--imperialism, nationalism, anti-Semitism among them--that would soon convulse Europe as never before. But "The Doll" is above all a brilliant novel of character, dramatizing conflicting ideas through the various convictions, ambitions, confusions, and frustrations of an extensive and varied cast. At the center of the book... View more info 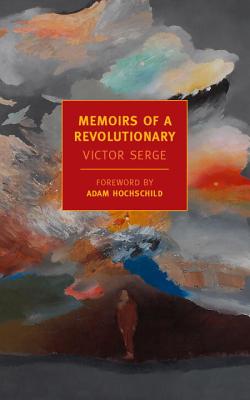 A New York Review Books Original Victor Serge is one of the great men of the 20th century --and one of its great writers too. He was an anarchist, an agitator, a revolutionary, an exile, a historian of his times, as well as a brilliant novelist, and in "Memoirs of a Revolutionary" he devotes all his passion and genius to describing this extraordinary--and exemplary--career. Serge tells of his upbringing among exiles and conspirators, of his involvement with the notorious Bonnot Gang and his years in prison, of his role in the Russian Revolution, and of the Revolution's collapse into despo... View more info 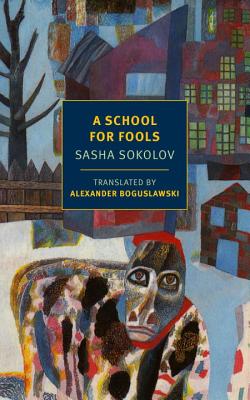 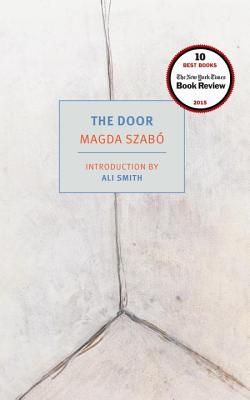 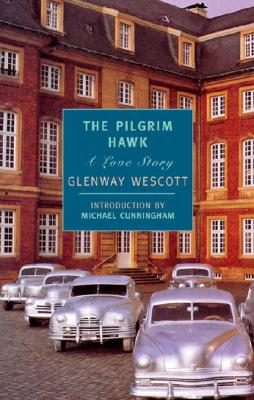 This powerful short novel describes the events of a single afternoon. Alwyn Towers, an American expatriate and sometime novelist, is staying with a friend outside of Paris, when a well-heeled, itinerant Irish couple drops in--with Lucy, their trained hawk, a restless, sullen, disturbingly totemic presence. Lunch is prepared, drink flows. A masquerade, at once harrowing and farcical, begins. A work of classical elegance and concision, "The Pilgrim Hawk" stands with Faulkner's "The Bear" as one of the finest American short novels: a beautifully crafted story that is also a poignant evocation of ... View more info 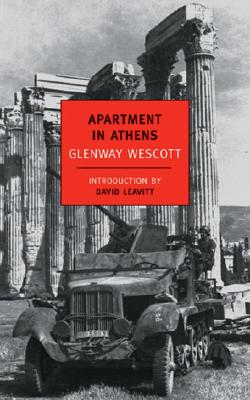 Like Wescott's extraordinary novella "The Pilgrim Hawk" (which Susan Sontag described in "The New Yorker" as belonging "among the treasures of 20th-century American literature"), "Apartment in Athens" concerns an unusual triangular relationship. In this story about a Greek couple in Nazi-occupied Athens who must share their living quarters with a German officer, Wescott stages an intense and unsettling drama of accommodation and rejection, resistance and compulsion--an account of political oppression and spiritual struggle that is also a parable about the costs of closeted identity. View more info 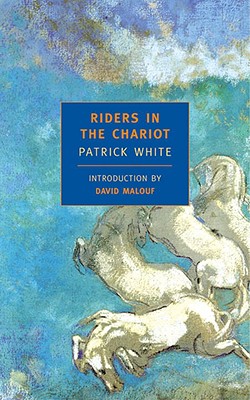 Riders in the Chariot

Patrick White's brilliant 1961 novel, set in an Australian suburb, intertwines four deeply different lives. An Aborigine artist, a Holocaust survivor, a beatific washerwoman, and a childlike heiress are each blessed--and stricken--with visionary experiences that may or may not allow them to transcend the machinations of their fellow men. Tender and lacerating, pure and profane, subtle and sweeping, "Riders in the Chariot" is one of the Nobel Prize winner's boldest books. View more info