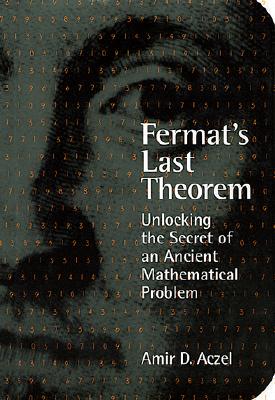 Over three hundred years ago, a French scholar scribbled a simple theorem in the margin of a book. It would become the world's most baffling mathematical mystery. Simple, elegant, and utterly impossible to prove, Fermat's Last Theorem captured the imaginations of amateur and professional mathematicians for over three centuries. For some it became a wonderful passion. For others it was an obsession that led to deceit, intrigue, or insanity. In a volume filled with the clues, red herrings, and suspense of a mystery novel, Dr. Amir Aczel reveals the previously untold story of the people, the hist... View more info 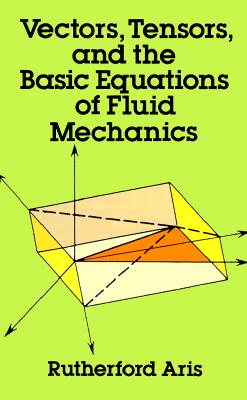 Vectors, Tensors and the Basic Equations of Fluid Mechanics

This introductory text is geared toward engineers, physicists, and applied mathematicians at the advanced undergraduate and graduate levels. It applies the mathematics of Cartesian and general tensors to physical field theories and demonstrates them chiefly in terms of the theory of fluid mechanics. Numerous exercises appear throughout the text. 1962 edition. View more info 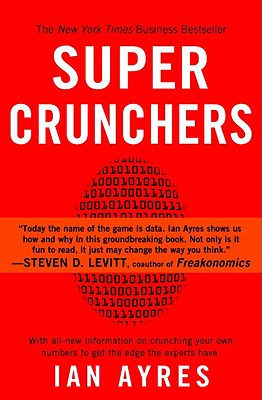 Super Crunchers: Why Thinking-by-Numbers is the New Way to Be Smart

An international sensation--and still the talk of the relevant blogosphere--this "Wall Street Journal "and "New York Times "business bestseller examines the "power" in numbers. Today more than ever, number crunching affects your life in ways you might not even imagine. Intuition and experience are no longer enough to make the grade. In order to succeed--even survive--in our data-based world, you need to become statistically literate. Cutting-edge organizations are already crunching increasingly larger databases to find the unseen connections among seemingly unconnected things to predict hu... View more info 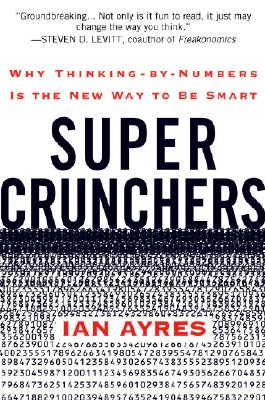 Why would a casino try and stop you from losing? How can a mathematical formula find your future spouse? Would you know if a statistical analysis blackballed you from a job you wanted? Today, number crunching affects your life in ways you might never imagine. In this lively and groundbreaking new book, economist Ian Ayres shows how today's best and brightest organizations are analyzing massive databases at lightening speed to provide greater insights into human behavior. They are the Super Crunchers. From internet sites like Google and Amazon that know your tastes better than you do, to a ... View more info 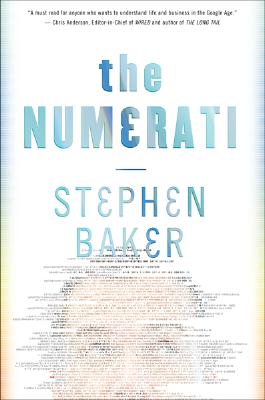 Number 9: The Search for the Sigma Code

In Nine Fixed Points in the Wind, internationally renowned structural engineer Cecil Balmond travels into a semi-mystical world to unlock a secret of numbers that has never been told. Through the eyes of Enjil, the boy mathematician, he re-examines the arithmetic of his childhood and discovers behind it a remarkable new mathematical structure that we can all appreciate -- yet that will intrigue scientists and mathematicians.The worlds of Enjil and that of the reader travel in parallel. As Enjil is challenged by a spirit to solve the riddle, "What is the fixed point of the wind?", the reader... View more info

A History of PI 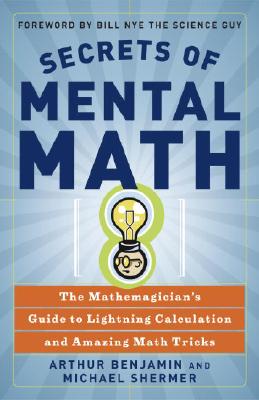 Secrets of Mental Math: The Mathemagician's Guide to Lightning Calculation and A

These simple math secrets and tricks will forever change how you look at the world of numbers. "Secrets of Mental Math" will have you thinking like a math genius in no time. Get ready to amaze your friends--and yourself--with incredible calculations you never thought you could master, as renowned "mathemagician" Arthur Benjamin shares his techniques for lightning-quick calculations and amazing number tricks. This book will teach you to do math in your head faster than you ever thought possible, dramatically improve your memory for numbers, and--maybe for the first time--make mathematics fu... View more info 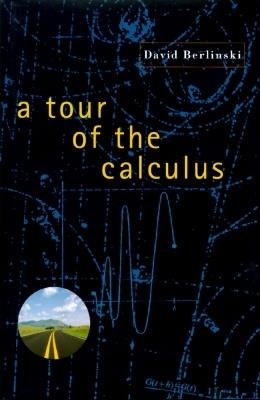 Tour of the Calculus

Numbers Game: The Commonsense Guide to Understanding Numbers in the News,in Poli

The Strunk and White of statistics team up to help the average person navigate the numbers in the news Drawing on their hugely popular BBC Radio 4 show "More or Less," journalist Michael Blastland and internationally known economist Andrew Dilnot delight, amuse, and convert American mathphobes by showing how our everyday experiences make sense of numbers. The radical premise of The Numbers Game is to show how much we already know and give practical ways to use our knowledge to become cannier consumers of the media. If you've ever wondered what "average" really means, whether the scar... View more info 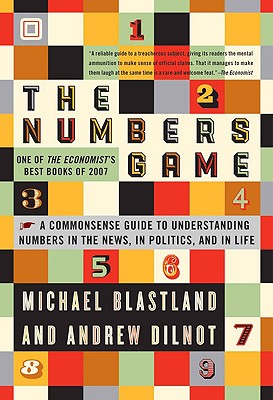 Numbers Game: The Commonsense Guide to Understanding Numbers in the News, in Pol

The Strunk & White of statistics team up to help the average person navigate the numbers in the news. Drawing on their hugely popular BBC Radio 4 show "More or Less, ," journalist Michael Blastland and internationally known economist Andrew Dilnot delight, amuse, and convert American mathphobes by showing how our everyday experiences make sense of numbers. The radical premise of "The Numbers Game" is to show how much we already know, and give practical ways to use our knowledge to become cannier consumers of the media. In each concise chapter, the authors take on a different theme?su... View more info 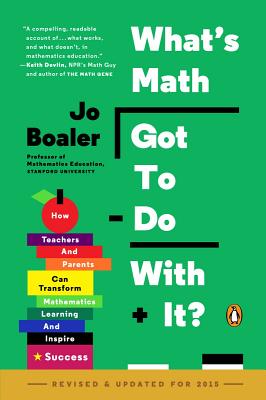 What's Math Got to Do with It?: How Teachers and Parents Can Transform Mathemati 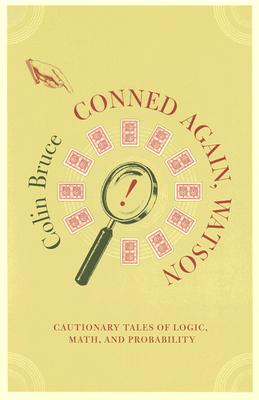 In Conned Again, Watson , Colin Bruce re-creates the atmosphere of the original Sherlock Holmes stories to shed light on an enduring truth: Our reliance on common sense-and ignorance of mathematics-often gets us into trouble. In these cautionary tales of greedy gamblers, reckless businessmen, and ruthless con men, Sherlock Holmes uses his deep understanding of probability, statistics, decision theory, and game theory to solve crimes and protect the innocent. But it's not just the characters in these well-crafted stories that are deceived by statistics or fall prey to gambling fallacies. We all... View more info 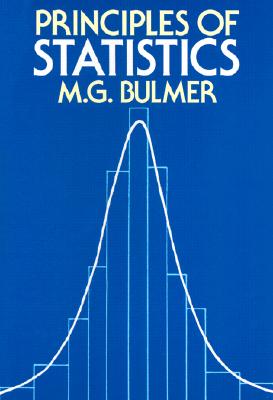 The best intermediate-level explanation of classical statistics on the market From basic dice probabilities to modern regression analysis and correlation, Professor Bulmer provides explanations, graphs, charts, and problems (with answers). Equal stress is given to theory and applications. The author assumes no previous knowledge of statistics or probability; only basic calculus is needed. View more info 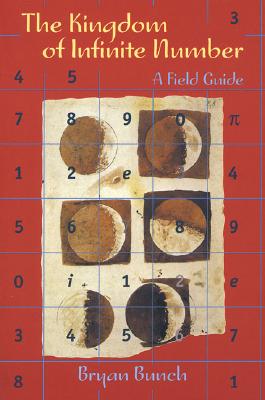 Just as bird guides help watchers tell birds apart by their color, songs, and behavior, The Kingdom of Infinite Number is the perfect handbook for identifying numbers in their native habitat. Taking a field guide-like approach, it offers a fresh way of looking at individual numbers and the properties that make them unique, which are also the properties essential for mental computation. The result provides new insights into mathematical patterns and relationships and an increased appreciation for the sheer wonder of numbers. Every number in this book is identified by its "field marks," "sim... View more info 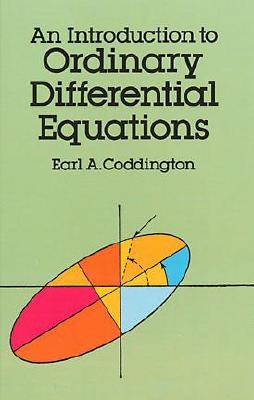 By: Coddington, Earl A.

"Written in an admirably cleancut and economical style." -- "Mathematical Review." A thorough, systematic first course in elementary differential equations for undergraduates in mathematics and science, requiring only basic calculus for a background, and including many exercises designed to develop students' technique in solving equations. With problems and answers. Index. View more info 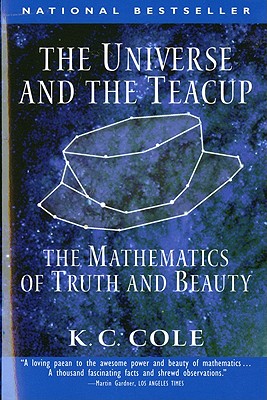 Universe and the Teacup: The Mathematics of Truth and Beauty

Mathematics, that breathtaking invention of ours that reveals the tiniest particles of matter and takes us to the outermost reaches of the cosmos, is found by many people to be intimidating. In The Universe and the Teacup, K. C. Cole demystifies mathematics and shows us-with humor and wonderfully accessible stories-why math need not be frightening. Using the O. J. Simpson trial, the bell curve, and Emmy Noether, the nineteenth-century woman scientist whose work was essential for Einstein's theory of relativity, Cole helps us see that more than just being a tool, math is a key to understanding ... View more info