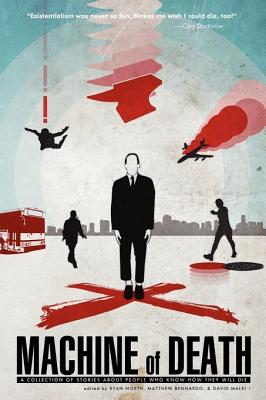 Machine of Death: A Collection of Stories About People Who Know How They Will Die

Machine of Death tells 34 stories about people who know how they will die. The machine doesn't give the date or specifics; using only a blood sample, it just spits out a sliver of paper upon which are printed, in careful block letters, words such as drowned, cancer, old age, or choked on a handful of popcorn. The realization that we could now know how we are going to die changes the world: people became at once less fearful and more afraid. For every possibility the machine closes, it seems to open several more, with varying degrees of plausibility. Over time the machine ...
View More...