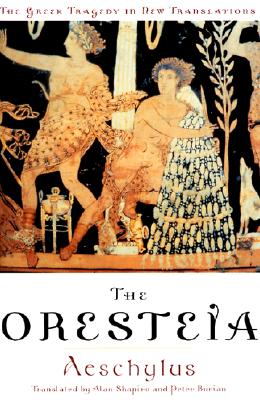 The Oresteia by Aeschylus, the only extant trilogy among the Greek tragedies, is one of the great foundational texts of Western culture. Beginning with Agamemnon, which describes Agamemnon's return from the Trojan War and his murder at the hands of his wife Clytemnestra, and continuing through Orestes' murder of Clytemnestra in Libation Bearers and his acquittal at Athena's court in Eumenides, the trilogy traces the evolution of justice in human society from blood vengeance to the rule of law. The story of the house of Atreus is a tale of incest, adultery, human sacrifice, cannibalism, and pol...
View More...