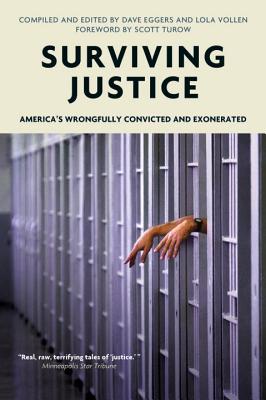 Surviving Justice presents oral histories of thirteen people from all walks of life, who, through a combination of all-too-common factors-- overzealous prosecutors, inept defense lawyers, coercive interrogation tactics, eyewitness misidentification--found themselves imprisoned for crimes they did not commit. The stories these exonerated men and women tell are spellbinding, heartbreaking, and ultimately inspiring.

Beverly Monroe, an organic chemist who was coerced into falsely confessing to the murder of her lover. Freed after seven years, she faces the daunting task of rebuilding her life from the ground up.

Joseph Amrine, who was sentenced to death for murder. Seventeen years later, when DNA evidence exonerated him, Amrine emerged from prison with nothing but the fourteen dollars in his inmate account.